COP26 is an acronym for Conference of the Parties, this year marks the 26th summit and is the first opportunity for countries to outline their plans for ending their contributions to climate change under the Paris Agreement. 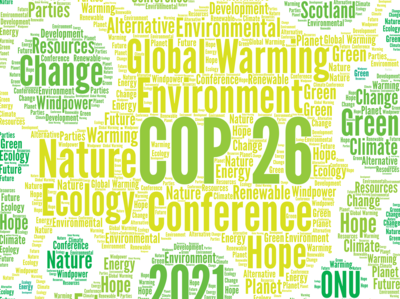 Where was COP26 held and who hosted it?

COP 26 occured on 1st of November and ended on Friday, 12th November 2021 in Glasgow, Scotland and made use of the SEC Centre (Scottish Event Campus).

COP 26 was hosted by the United Kingdom, with Italy supporting the preparatory work leading up to COP 26. Italy was responsible for hosting the pre-COP sessions as well as an event for young people called Youth4Climate in 2021.

Other important dates where: COP 26 in Glasgow has a global impact

Why was COP26 so important?

Climate change has negatively impacted every living organism on earth, and it is humanities responsibility to reverse the harmful effects of climate change. This is by far the biggest challenge we have ever had to face. The increase in the demand for cleaner energy and renewable energy sources has opened a gateway to reduce our carbon footprint and reverse the harmful effects of greenhouse gasses. COP26 opens a platform to discover and invest in better delivery systems for cleaner energy, greener energy, and commitment to caring for the environment. This was the first review of the Paris Agreement and  countries were given opportunities to set out more ambitious goals to minimise or end their contribution to the rising climate problem under the Paris Agreement.

What COP26 hoped to achieve?

COP26 became the platform where the countries can review their submitted plans to reduce their carbon emissions and put more ambitious and concrete plans forward for approval and implementation. The need to drastically reduce the carbon emissions by all sectors of the economy is detrimental to meeting the goals put in place by the Paris Agreement of 2015, where it was agreed that all the signatories to the UNFCC would implement steps and changes to policies to keep temperatures well below 2 degrees Celsius above pre-industrial levels and to pursue efforts to limit the temperature increase even further to 1.5 degrees Celsius. The development of new cleaner, green energies open opportunities in many sectors to potential growth, including job and trade opportunities. Patricia Espinosa, head of the UNFCCC reportedly said, “If this task was urgent before, it’s crucial now,” while Guterres described 2021 as a “make or break year” in the fight against climate change.

The UK and Italian governments, which are co-hosting COP26, have set four goals for the 2021 event:

President Biden has announced his plans to get the USA back on track to reduce their carbon emissions as per the Paris Agreement, at the Earth Day Summit held in the USA after re-joining the Paris Agreement to help reduce the impact the USA has on the environment. As the second biggest emitters and have not been part of the Paris Agreement for several years. Joe Biden’s pledges of stronger action on the climate crisis has reinvigorated international hopes that 2021 can be a breakthrough year, resetting the world on a greener path to net zero greenhouse gas emissions.

U.S climate envoy and former secretary of state John Kerry, in an interview with Sophy Ridge, warned that it is not the responsibility of one country alone to resolve this climate crisis, but we must all work together, every nation has a stake in the outcome in the climate issue. He goes on to explain that the USA needs to deploy a more aggressive series of invitations to help make up for lost time.  In an interview with BBC News, he stated “Glasgow will be extremely important, in fact I would say, in my judgment, it is the last, best chance the world has to come together in order to do the things we need to do to avoid the worst consequences of the climate crisis.” Mary Robinson, former president of Ireland and chair of the Elders group of former world leaders, told the Guardian: “Joe Biden’s presidency offers the chance for a global reset, and his anticipated executive order to re-join the Paris agreement is an excellent step in the right direction.

The history of COP and what other COP assemblies have achieved?

COP1 was held in Berlin, Germany, the first UNFCCC Conference of the Parties took place from 28 March to 7 April 1995. Since then, many things have been implemented like: The adoption of the Kyoto Protocol, from COP3, in 1997. Most countries agreed to legally binding reductions in greenhouse gas emissions to an average of 6 to 8% below 1990 levels between the years 2008–2012, defined as the first emissions budget period and a 2-year "Plan of Action" to advance efforts and to devise mechanisms for implementing the Kyoto Protocol, to be completed by 2000.

In 2002 COP8, called for efforts by developed countries to transfer technology and minimize the impact of climate change on developing countries. 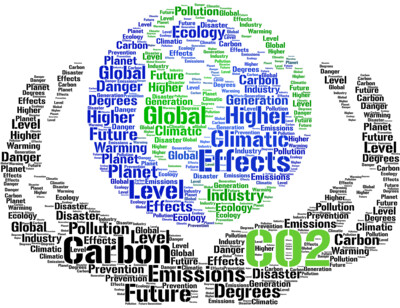 COP11/CMP 1 took place between 28 November and 9 December 2005, in Montreal, Quebec, Canada. It was the first Conference of the Parties serving as the Meeting of the Parties to the Kyoto Protocol (CMP 1) since their initial meeting in Kyoto in 1997. It was one of the largest intergovernmental conferences on climate change ever. The Ad Hoc Working Group on Long-term Co-operative Action under the Convention (AWG-LCA) was established as a new subsidiary body to conduct the negotiations aimed at urgently enhancing the implementation of the Convention up to and beyond 2012. 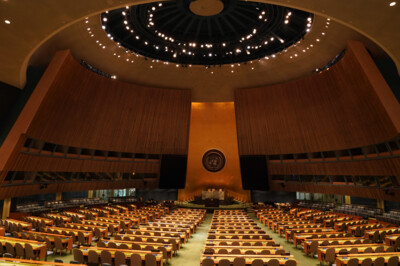 COP14/CMP 4 delegates agreed on principles for the financing of a fund to help the poorest nations cope with the effects of climate change and they approved a mechanism to incorporate forest protection into the efforts of the international community to combat climate change. COP 16 called for the funding of US $100 billion per annum to the "Green Climate Fund", and a "Climate Technology Centre" but this was not agreed upon.

COP21 resulted in the adoption of the Paris Agreement governing climate change reduction measures from 2020. A focal issue of COP22 was that of water scarcity, water cleanliness, and water-related sustainability, another focal issue was the need to reduce greenhouse emissions and utilize Low Carbon energy sources. And finally, COP26 was originally scheduled to take place from 9 to 19 November 2020, in Glasgow, United Kingdom, but was postponed to 1 to 12 November 2021 due to the COVID-19 pandemic.

So what were the outcomes?

Human rights were a big debate in the final days of COP26 lead by the civil society activists that made a final push for climate justice. This included youth activists and indigenous groups that have previously been excluded from main events being given an opportunity in a unique COP process, by submitting “a People’s Decision for Climate Justice,” as part of work spearheaded by the COP26 Coalition. This raises ten clear points that need to be addressed by wealthy and high-emitting nations on behalf of the world’s most affected and vulnerable communities, covering adaptation; finance and debt; skills; human rights; improving the inclusivity of COP processes and preventing greenwashing. The phasing out of fossil fuels has been downplayed in the updated version of the latest draft text. It now calls for the phase out of "unabated" coal power and "inefficient subsidies for fossil fuels". It comes after nations, such as Saudi Aradbia, lobbied for the reference of fossil fuels to be removed from the documents altogether. UN Secretary-General Antonio Guterres urged world leaders to break their "addition" to fossil fuels, as it is "pushing humanity to the brink".

23 countries have announced new plans to catalyse cleantech investments, under the "Mission Innovation" platform first convened at COP21. The participating nations collectively accounted for 90% of global public investment in low carbon energy innovations made in 2020.

Separately, an independent body of experts from the International Energy Agency (IEA), International Renewable Energy Agency (IRENA) and UN High-Level Climate Action Champions was appointed to hold nations participating in the Breakthrough Agenda to account. The body is responsible for what is called the ‘Global Checkpoint Process’ – ensuring that nations report annually and advising them on how to move faster if needed. Recognising that, especially in recent years, USA and China have been the top of the list for global emitters without any major plans to reduce emissions, they announced a join declaration to develop plans to address climate change. The declaration summarised that the two nations will create a join working group and convene regularly, to assist one another on key issues, such as methane emissions and deforestation.

There are additional commitments to strengthen nation and sub-national methane reduction targets, and to assess whether 2030 NDCs are 1.5C aligned ahead of COP27.

UK lead agreement gets support from more than 30 countries

To lead a greener transport sector, the UK spearheaded a new global declaration on ending ICE vehicle sales in all markets by 2035. This is building on the UKs personal goal of achieving the same by 2030. 30 Countries signed the declaration, including those that manufacture vehicles and those that operate extensive fleets, however USA, Germany and China have not signed the declaration.