The United Nations has approved an agreement that will create the world’s first Plastic Pollution Treaty. It has been described as one of the most significant environmental deals set by the UN since the 2015 Paris Climate Accord.

The talks were held in Nairobi for over a week as countries tried to agree to an outline of the pact to bring down global plastic pollution. It has been recognised that the infection of microplastics across the world, especially in oceans, is becoming detrimental to ecosystems.

Upon the adoption of the resolution that would create a legally binding treaty, representatives cheered and celebrated. The Treaty is set to be finalised by 2024, ready for global implementation in all participating countries.

Espen Barth Eide, president of the UNEA (UN Environment Assembly) said that countries supporting this treaty were “making history today… Plastic pollution has grown into an epidemic. With today’s resolution, we are officially on track for a cure”.

The treaty has been written in broad strokes, with a committee now tasked with negotiating a deal that will no doubt greatly affect economies and businesses on an international scale.

The main goal of this treaty is to reduce the effect plastics have on the environment, but putting limitations and restrictions on production, use and design. This will have a knock-on effect towards oil and chemical companies that capitalise on plastic development processes.

This could possibly be one of the reasons that some countries did not receive this development well. Some countries, though unnamed, had disagreements “over what should be included in the final pact” according to Franz Perrez, Switzerland’s Environmental Ambassador. Countries with the highest amount of plastic production are most likely to be affected by this treaty to a greater extent, such as the United States, China, Indea, Saudi Arabia and Japan. Saudi Arabia has already once been identified to be a country willing to stand up against environmental decisions, as seen at COP26, so there is a chance that this country could be one that is causing divisions on the reports final contents.

Despite the concerns towards the private sector, public support for this new treaty is unanimous, and many are happy that the first steps towards taking extreme measures to limit plastic production are now being taken. 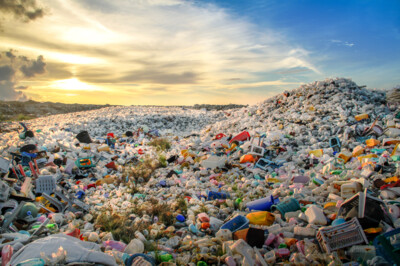