How are we going to avoid climate change disaster after literally decades of environmental mismanagement? In this book, Bill Gates takes on the challenge of detailing the impending climate change problems we face using a well-reasoned and refreshingly honest approach of how we can avoid climate disaster.

How are we going to avoid climate change disaster after literally decades of environmental mismanagement?  In this book, Bill Gates takes on the challenge of detailing the impending climate change problems we face using a well-reasoned and refreshingly honest approach of how we can avoid climate disaster.

The main takeaway from the book is that we need to remove 51 billion tonnes of greenhouse gases from the atmosphere every year to stop temperatures rising.  This is a daunting challenge when you consider that China has doubled its annual greenhouse gas emission during the last 20 years.  For the world to achieve this it is going to take more cooperation than has been previously achieved.  There is no doubt that the challenge to get this cooperation is overwhelming and the stakes high, but the book is nonetheless optimistic that we as a world can do it. 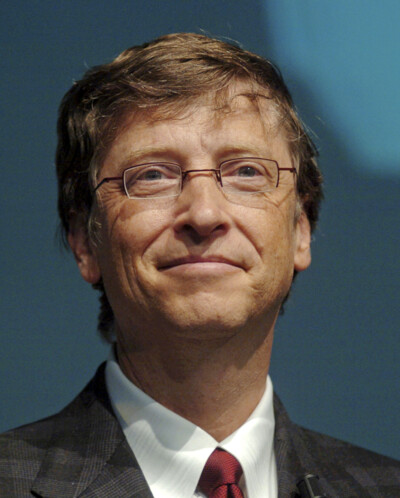 Gates discusses that fossil fuels are present or used in the manufacturing of almost everything used or consumed by us. From your toothbrush to the cement used in your home or office building. The world is dependent on fossil fuels using oil as an example, Gates discusses the use of 4 billion gallons of oil a day and goes on to further reference how a gallon of oil is cheaper than a gallon of soda. At present, the price of fossil fuels does not take in to account its effect on the environment and its contribution to the impending climate change crises.

It is important to note that we are going to have to get to net zero to avoid climate disaster and to achieve this we need to deploy the technologies that we already have at our disposal such as solar, wind and hydro-electric power generation to power our cities and factories.  We are going to have to deploy these faster and smarter than we are currently doing, and we also need breakthrough technologies in manufacturing,  food production, as well as transport to get us to net-zero emission. Gates went further to explain that we need to go further than “net-zero emissions” and achieve a “net-negative emission”, by finding ways to start removing some of the greenhouse gases that are already trapped in the Earth’s atmosphere, if we want to see real change. We do not want to simply stop the emissions of greenhouse gases but also start removing the existing gases to stop the rise in temperature.

Gates answers the most common question relating to climate change which is “why do we need to get to net- zero and what does it mean?” The answer is simple, greenhouse gases trap heat and the more we emit the hotter the earth becomes.  If the world heats by 1 or 2 degrees Celsius then this could cause the world a lot of problems, however if it increases by 3 or 4 degrees then the consequence that droughts and flood have on our ecosystem could be catastrophic. Gates details that the key to reducing greenhouse gases is to electrify as many activities as possible. 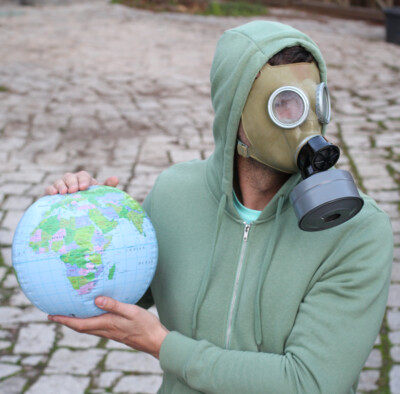 He believes that tackling the decarbonisation of the electricity generation could have a significant impact in decarbonise our way of life by 2050.  It could represent much more than the 27 percent of the solution.  With clean electricity, we could move away from using fossil fuel in other areas such as transport, heating and cooling our homes and manufacturing.  He believes that decarbonising electricity on its own will not get us to net-zero by 2050, but it will be a key step.

We are going to have to address how we get around and electrify the process of travel.  There has been some good progress on cars but there is still a long way to go on decarbonising planes and ships where some serious innovation will be required in these areas to remove greenhouse gases from air travel and shipping cargo around the world.

We are going to have to change the way we grow things too and change what we eat.  In the next 50 years we are going to have to produce 70% more food whist simultaneously cutting down on greenhouse gas (GHG) emissions and moving towards eliminating them all together.  It will take a lot of new ideas including new ways to fertilise plants, raise livestock, and waste less food. People in rich countries need to change their eating habits, we will have to eat less food, specifically meat, meat-based products and dairies as animal farming is the biggest contributor of greenhouse gases in the agricultural sector, at the same time, waste less food that is already produced. Also, producing, moving, storing or cooking food uses fertilisers, water and energy, each of which requires fuel and let off GHG which contributes to climate change.

Throughout the book Gates discusses how poor countries will be the hardest hit by climate change. He discusses the “cruel injustice” meaning though the worlds poor are doing essentially nothing to cause climate change, but they are the ones who will suffer the most from it. The need for serious change and investment in greener energy sources and the desperate need to reduce greenhouse gas emissions.

What intrigued me most was his discussion on the Green Premium and how reducing that would accelerate the implementation of the new zero carbon technologies. By making carbon free things cheaper and more accessible we will reduce the reliance on fossil fuels. I also found the information on direct air capture to be very enlightening and could this be how we create a “net-negative” carbon emission? Even if we achieve a net-zero carbon emission we still must reduce the carbon emissions we have already emitted. The use of direct air capture (DAC) could help us do just that.

The introduction of the radical idea of “geoengineering” is also fascinating, but as he stated, somewhat controversial. The idea of an ‘in case of an emergency break glass’ situation as described by Gates, using cutting-edge technologies  to reduce the amount of sunlight hitting the earth surface which could drive down the global temperature, was very insightful. There are numerous innovative technologies that have been developed but not yet tested, that could help achieve this. 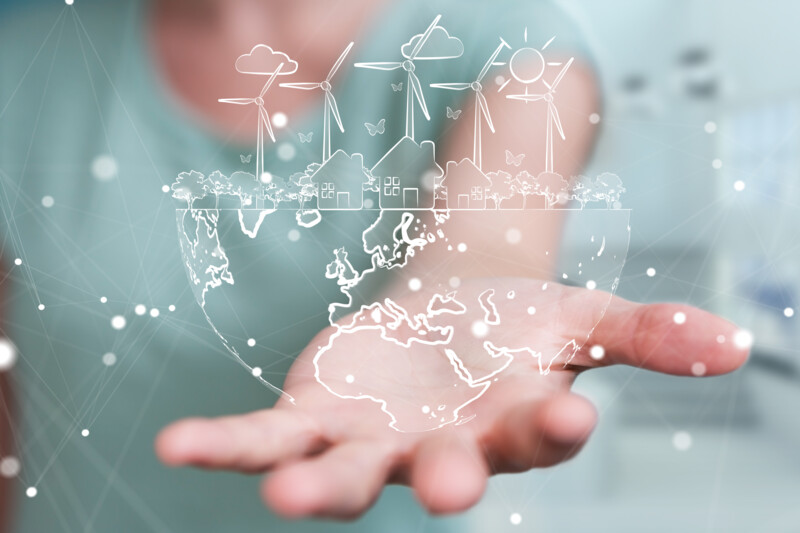 From distributing extremely fine particles into the atmosphere or using a salt spray to lighten the clouds so that the brighten top of the clouds could reflect  more of the sunlight. These cannot yet be tested in the real world as the atmosphere is a global commodity and would require global consent to be deployed. There have been some negative responses to this as well as many claims that it is “a massive experiment on the planet” but Gates counters with “we’re already running a massive experiment on the planet by emitting huge amounts of greenhouse gases.”

Gates used data collected from the Spanish flu, COVID 19 and the projected loss of life due to climate change. The results are shocking. Not being able to compare absolute numbers of deaths, instead he uses the death rate. Gates projects that by mid-century, climate change could be as deadly as COVID-19, and by 2100 it could be five times as deadly. These projected figures highlight the desperate need to change the world’s carbon emissions and the drastic need for reduction.

Gates made a valid point when referring to change in governmental support through implementing net-zero carbon policies as “not sexy but necessary” as breakthroughs in technology and innovation would not occur without such policy interventions. Using Climate Conferences like COP, it is time to agree on global policies that will zero out our greenhouse gas emissions. Gates makes a bold statement about simultaneously focusing on technology, policies, and markets to encourage innovation, spark new companies and get new products onto the market faster. 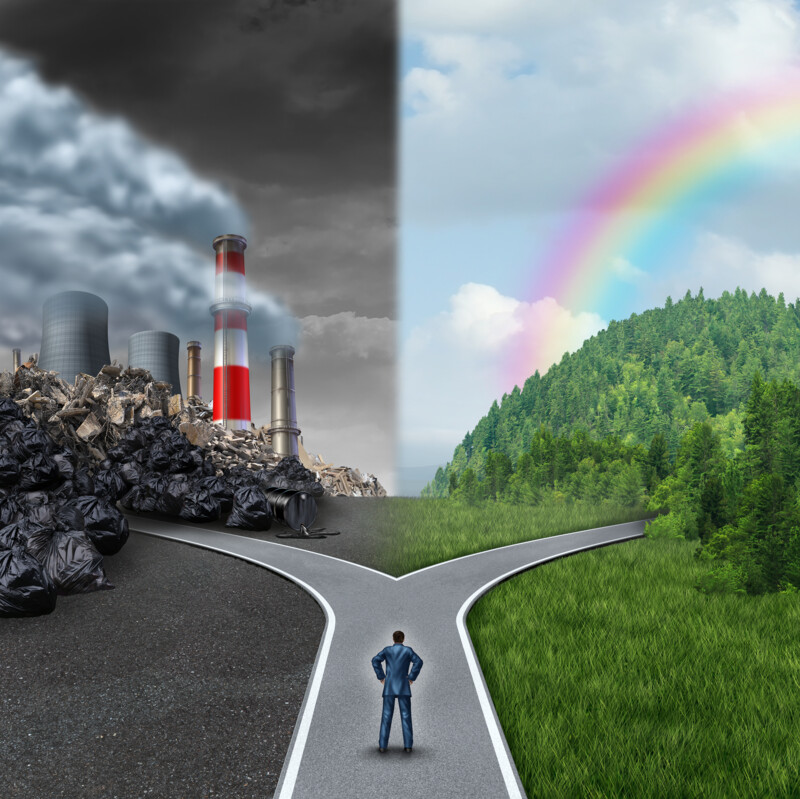 It is important to note that overall tone of the book is that of inspiration and hope. Inspiration to think outside of the box and hope that we can achieve net-zero because the alternative is very grim and disastrous. Yes, the task of decarbonisation of all of human activities by 2050  will be difficult, yes, we will face challenges in our goal of achieving net-zero carbon emission but working together will make this possible. Sparking intellectual and informed conversations will highlight the fact that we have some of what we need to avoid a climate disaster, but not all.

Gates shares his optimism with us as he knows what technology can accomplish as well as what people can do. He shares his pride in young people and the passion with which we approach the climate crisis. Overall, the book proposes a balanced  approach to achieving net-zero carbon by 2050 and provides good, workable solutions to addressing impending climate crisis.